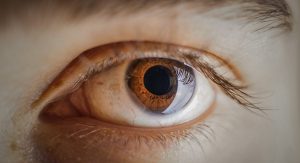 At Advanced Eyecare we are proud to offer Ortho-K for our patients.

Wouldn’t it be great if you could correct your vision and reduce your dependency on glasses or contact lenses-all without having to have laser vision correction surgery? What if you could accomplish this in your sleep? Many individuals have never heard of this, but at Advanced EyeCare we have many patients of all ages that have made this a reality. It’s called orthokeratology, or Ortho-K.

Here at Advanced Eyecare we are proud to offer Ortho-K for our patients.
Many people seek vision correction solutions outside of glasses and traditional contact lenses and they prefer to avoid surgery if possible. Whether you struggle with dry eye, have contact lens intolerance, or simply wish to get rid of your glasses and wish to improve your vision as dramatically as surgery would, you may be interested in orthokeratology, commonly known as “Ortho-K”. 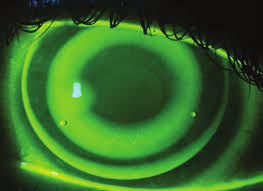 Orthokeratology (Ortho-K) is the science of changing the curvature or shape of the cornea by wearing highly ”breathable” contact lenses while you sleep. Upon awakening, you remove the lenses and can see clearly during the day without the aid of glasses or contact lenses.Ortho-K is known by many names such as corneal reshaping therapy (CRT) and Vision Shaping Treatment (VST). At Advanced EyeCare, you can be fit with our custom designed Advanced Ortho-K (AOK) lenses.

At Advanced EyeCare, we prescribe OrthoK for two reasons:
To correct prescriptions including nearsightedness (myopia), farsightedness (hyperopia), and in some cases, it is also used to correct presbyopia (the inability to focus up close usually after the age of 40).
It is also used to slow the progression of childhood myopia. Click here to read more about myopia control.

Who Is a Good Candidate for Ortho-K?
Most people with myopia and hyperopia (with or without mild astigmatism) are good candidates for Ortho-K.
Because the corneal reshaping effect is temporary, little risk is involved, and you can discontinue wearing the lenses at any time — provided you are willing to start wearing glasses or contacts again when your prescription returns!
Children and young adults who want to be glasses-free but are too young for LASIK or are not good candidates for refractive surgery for other reasons (dry eyes, for example) are often good candidates for Ortho-K. People who participate in contact sports or work in dusty environments that can pose problems for contact lens wear also can be good candidates.

This study had several goals. To evaluate the effect of rigid lenses on myopia progression in children. To determine the mechanism of effect if one exists. To examine the efficacy of rigid contact lenses for the treatment of myopia in young children. To compare vision and comfort issues between rigid and soft contact lens wearers. The conclusions of this study are as follows: Rigid gas permeable lenses produce a slower rate of progression of myopia in children than soft contact lenses. Although corneal curvature changed, the axial growth was not significantly different between the groups. The decreased refractive error progression is not accompanied by slowed axial growth. The corneal curvature changes during corneal reshaping contact lens wear are reversible. The treatment effect experienced in the CLAMP study may not be permanent. Most of the effect on refractive error was limited to the first year of the trial. The study did not indicate that rigid gas permeable lenses should be prescribed primarily for the intent of myopia control.

This study looked at several factors. It was to determine whether Orthokeratology can effectively reduce and control myopia in children. It also compared Orthokeratology treatment with single vision spectacles. It monitored the growth of axial length and the vitreous chamber depth. It also monitored corneal curvature and the relationships with changes of refractive errors. The conclusions of the study found that the subjects found post Orthokeratology unaided vision acceptable in the daytime. The mean increase in axial length for the Orthokeratology group was 0.14 mm per year compared with the mean increase in axial length for the spectacle lens wearers of 0.27 mm per year. In the spectacle wearing group, the eye elongation is faster in those with higher baseline prescriptions. Orthokeratology would benefit higher baseline prescriptions as eye elongation is slower in these subjects. Higher myopia showed greater slowing of progression in the Orthokeratology group.

This study is to determine if wearing Orthokeratology lenses on an overnight basis stops or slows the progression of myopia in children. The group being studied is eight to eleven years old. This group will be compared to spherical soft lens wearers. This study is currently underway so no data is yet available.

Abstract: The use of Orthokeratology for overnight wear raises many questions of safety, efficacy and the effects of myopia stabilization. Orthokeratology or corneal reshaping produces a temporary reduction of myopia by changing the shape (flattening) of the cornea, which is elastic in nature. Flattening the cornea reduces the focusing power of the eye, and if the amount of corneal flattening is properly controlled, it is possible to bring the eye into correct focus and compensate for myopia. Upon removal of the contact lens, the cornea retains its altered shape for a period of time. The global prevalence of myopia is increasing significantly in the school age population. It is estimated that one billion of the six billion people in the world are myopic. (3) Not only is the prevalence increasing but the degree of myopia has also increased. The prevalence of myopia in the United States is estimated to be 25%, in India to be 19% and in the Asian nations the rates of myopia are greater than 75%(1,2,3).

Studies have shown that complications from myopia, such as chorioretinal degeneration and retinal detachment will increase with increasing myopia. The application of corneal reshaping or orthokeratology may potentially stabilize the progressive nature of myopia throughout the adolescent years. Additionally, if wearing corneal reshaping lenses controls the progression of myopia, there also may be a reduction in the rates of adverse effects of advancing myopia. The fact that myopia is on the rise indicates that although the wearing of spectacles clears the vision, it does nothing to control the progression of myopia and its adverse effects.

Together, two major developments in the field of eye care may substantially change our profession. The drastic increase in the prevalence of myopia and the knowledge that the peripheral retina plays a dominant role in the development of myopia progression may dramatically change the scope of how we practice. Contact lens myopia control has gained traction and new evidence suggests it has great potential, although many questions remain unanswered for the moment.
Myopia is becoming increasingly prevalent in the United States and throughout the world. Last year researchers reported that the prevalence of myopia in the United States increased from 25 percent in 1971 to 1972 to 41.6 percent in 1999 to 2004. The survey, using similar protocols in each time period, was based on data from 4,436 Americans in 1971 to 1972 and from 8,339 Americans in 1999 to 2004 (Vitale et al, 2009).In Asia the number of myopic children is even more dramatic, exceeding 80 percent in Taiwan (Lin et al, 1999).The second major myopia development comes from the field of contact lenses, more precisely from corneal reshaping with orthokeratology lenses (Figure 1). For decades, practitioners actively fitting this modality reported anecdotal evidence that myopia appears to develop at a much slower rate in children wearing an overnight orthokeratology modality than in children wearing soft lenses or glasses. For years this clinical belief was disregarded because it was thought to be due to corneal change rather than to slowing of axial elongation. Corneal flattening alone would not yield a potentially permanent slowing of myopia progression, but recent work has proven that there is indeed a significant slowing of axial elongation in kids wearing overnight orthokeratology versus other correction methods.

Figure 1. Anecdotal evidence suggests that myopia appears to develop at a much slower rate in children in an overnight orthokeratology modality than in children wearing soft lenses or glasses.The studies, from totally different parts of the world—the United States, Hong Kong, and Australia—all show fairly similar results: a reduction in the progression of myopia (Cho et al, 2005; Swarbrick et al, 2010; Walline et al, 2009). Two investigations compared axial elongation of orthokeratology contact lens wearers to historical control groups of single vision spectacle wearers (Cho et al, 2005) or soft contact lens wearers (Walline et al, 2009). For more than two years, these studies found approximately a 50 percent reduction in axial elongation. Recent data reported by Swarbrick et al (2010) showed slowed eye growth for eyes wearing orthokeratology contact lenses compared to the contralateral eyes wearing alignment fit GP contact lenses.
The big question is: why is this happening? For that we have to take a look at the peripheral retina. In the 1970s, a Dutch army ophthalmologist, Hoogerheide, reported on “relative hyperopia in myopes.” In emmetropic eyes, light focuses at or slightly in front of the entire retina. In corrected myopes, the central image is focused on the retina, but light is focused behind the peripheral retina (Figures 2 and 3).

For references, please visit www.clspectrum.com/references.asp and click on document #181.

How much does Ortho-K cost?
At Advanced EyeCare we use our considerable expertise to custom fit a lens that is specifically tailored to your vision needs. The cost can vary depending on the level of your existing prescription and whether you are choosing ortho-k for prevention of myopia progression. Normally, orthokeratology is not covered completely by vision care insurance plans, but a portion may be billable. The initial cost is usually half of the cost of LASIK and at Advanced EyeCare, a monthly supply starts as low as $50/month. 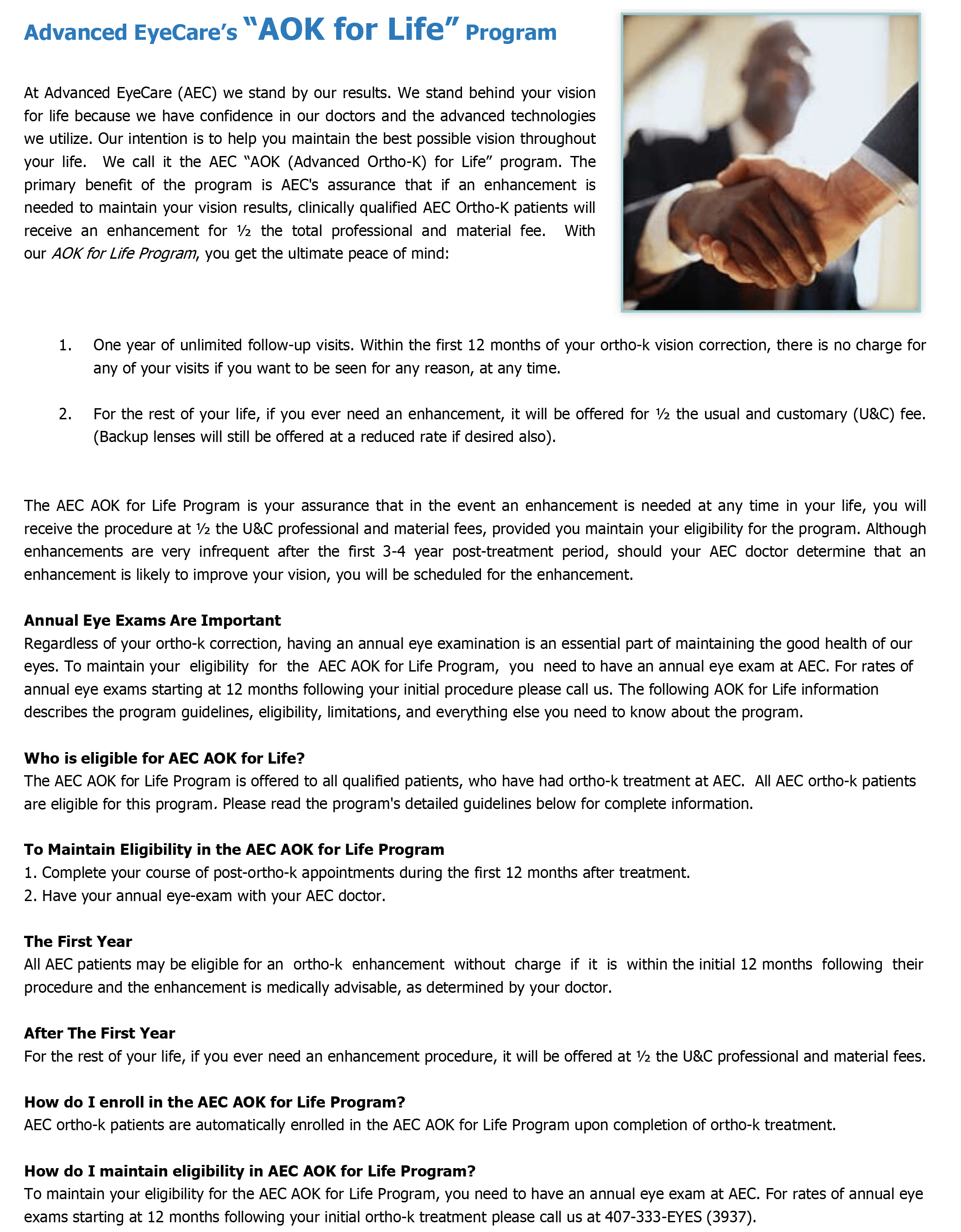 Please click the links below to listen in on Dr. Ben Larson’s Teleconference on the topic of Ortho- K!

6. Dr. Christy Chimes in on Some Good Points

Font Resize
Contrast
Accessibility by WAH
Call Us Text Us